Yoga Classes in Glasgow and their Benefits.

Why would you wish to begin attending weekly yoga classes?

When you begin to practice Yoga you will have more energy, become fitter, feel less stressed and you will have a much more positive approach to the natural ups and down’s of life. Yoga is such a therapeutic way of engaging your body and mind, helping you to become increasingly aware of your posture, and making you more sensitive to how you carry yourself – Your Posture. Even after just a few Yoga classes you can begin to feel the benefits of this increased Body Awareness, and with a regular weekly yoga practice, you deepen this awareness so that in time you will notice yourself correcting your posture, for example, when you sit at your desk, or standing in a queue. This increased sensitivity toward your body has many benefits, bringing you much more energy throughout your day, helping you to unwind, destress, and strengthening your back are but a few of these benefits.

Yoga is unlike other types of physical exercise which you can experience, for example in a gym. These other types of exercise tend to be Competitive and Goal-orientated, which can increase muscle tension, risk of injury, and can cause your breathing to be strained. Conversely, Yoga applies slow and dynamic movements, fused with static poses which will really work and Tone your body to an extremely deep level, bringing muscle tone throughout all of your body as opposed to being localised. Your breathing in yoga is smooth, never strained, and the yoga postures fused within it’s flowing routines will help normalise the tone of your muscles, insuring that you do not cause injury to yourself.

Yoga also brings many Bio-chemical benefits, like increasing vitamin C, increasing Hemoglobin, decreasing sodium, cholesterol and glucose levels within the body. In the early 1980’s, scientists discovered that the body creates Endorphins after increasing the physical activity of the body. These positive chemical releases within the body bring a feeling known in modern terms as a physical high – feelings of well-being, which scientists have given the nickname of a “Runners High”, due to the fact that it was found that athletes experience extreme highs after competing. However; it was not as a result of Adrenaline (which stimulates and agitates the body), but due to the Endorphins (which relaxes and calms the body) being released after the physical workout.

Yoga is the perfect way to bring about the release of these positive, and healing Endorphins, but Yoga also has the added benefit of not agitating the body by bringing about the creation of Adrenaline, which many competitive sports can do. Although adrenaline is a very important chemical to humanity; now, due to our excessively stressful lifestyles, we create too much adrenaline, and without an appropriate avenue of release from the body, excessive and continued releases of adrenaline has been scientifically proven to be harmful and detrimental to the well being and health of the Body, and Mind. It can be easily seen that the ancient form of Yoga is the perfect way to create physical exercise for the body, bringing feelings of well being, and the greatest benefits without fear of injury.

In essence Yoga is a Deeply Restorative and Therapeutic System. 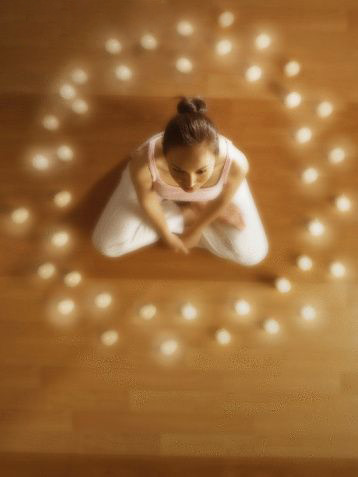